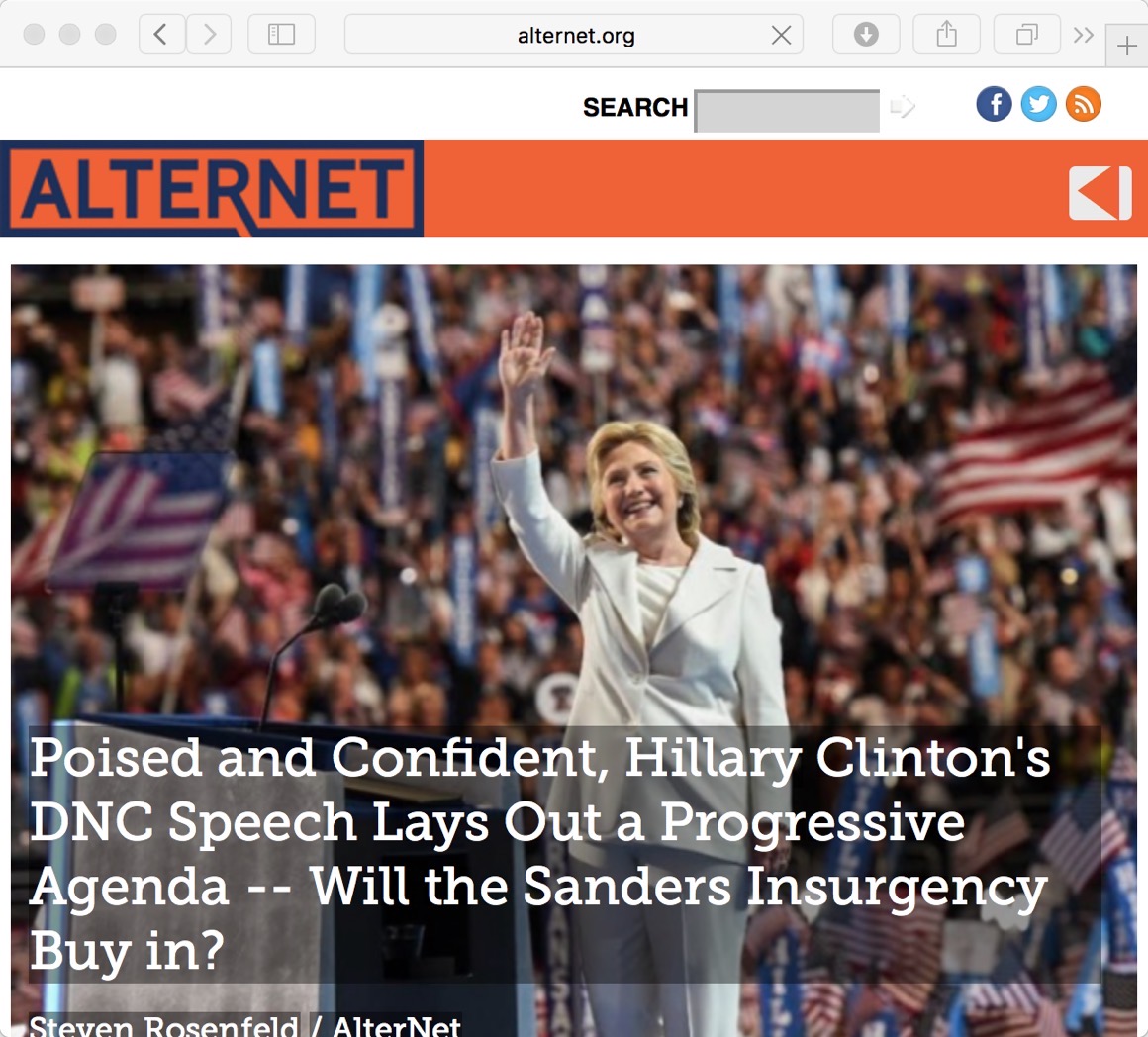 “AlterNet is a progressive activist news service and a project of the non-profit Independent Media Institute.” – Source

Trackers to the left of me, surveillance to the right…

Alternet and The Drudge Report are so similar that they may as well be the same organisation.

Progressive news site Alternet comes in 11th with 74 trackers on the Alexa Top 500 News sites list as ordered by number of trackers.

One’s the darling of the left, the other a beloved mouthpiece of the right. And yet they’re both in the exact same business: behavioural advertising. The bait they use to entice you to their sites is different but the goal is the same: to expose you to be tracked, profiled, and manipulated by the 70+ third-party entities on their sites.

At least The Drudge Report doesn’t pretend to be anything it’s not. Alternet is actually more deceptive as it touts itself as a non-profit that defends progressive values. People are more likely to trust the site and less likely to think they are being tracked and profiled. Needless to say, Alternet, people farming and social justice are just not compatible.

Statistics by Better Inspector based on the page as on Saturday, November 10th 2018

Better is a Safari content blocker for iPhone, iPad, and Mac. It protects you from trackers and malvertising by enforcing the principles of Ethical Design.